Lamb studied architecture at Cooper Union in New York and initially worked for the City of New York as an inspector. His architecture firm, Thomas W. Lamb, Inc., was located at 36 West 40th Street in Manhattan, New York.

Lamb achieved recognition as a leading movie theater construction and designer in the 1910s and 1920s. Particularly associated with the Fox Theatres, Loew's Theatres and Keith-Albee chains of vaudeville and film theaters.

Lamb was instrumental in establishing and developing the design and construction of the large, lavishly decorated theaters, known as "movie palaces", as showcases for the films of the emerging Hollywood studios.

His first theater design was the City Theatre, built in New York in 1909 for film mogul William Fox. His designs for the 1914 Mark Strand Theatre, the 1916 Rialto Theatre and the 1917 Rivoli Theatre, all in New York's Times Square, set the template for what would become the American movie palace.

Among his most notable theaters are the 1929 Fox Theatre in San Francisco and the 1919 Capitol Theatre in New York, both demolished.
Work that has been preserved and restored includes the B.F. Keith Memorial Theatre in Boston (1928) (now the Boston Opera House), Warner's Hollywood Theatre (1930) in New York (now the Times Square Church), the Hippodrome Theatre (1914) in Baltimore, and the Loew's Ohio Theatre (1928) in Columbus, Ohio. Among Lamb's Canadian theaters that have been preserved are the Pantages Theatre in Toronto (1920) (now the Ed Mirvish Theatre).[2] and Elgin and Winter Garden Theatres.

Aside from movie theaters, Lamb is noted for designing (with Joseph Urban) New York's Ziegfeld Theatre, a legitimate theater, as well as the third Madison Square Garden and the Paramount Hotel in midtown Manhattan.

Lamb died in 1942 in New York City at the age of 71. His architectural archive is held by the Drawings and Archives Department of Avery Architectural and Fine Arts Library at Columbia University. 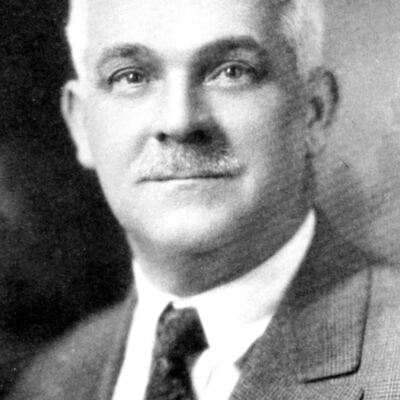