Keely, an Irish-American architect based in Brooklyn New York is known to be the designer of almost 600 Churches. His design of theChurch of Sts. Peter and Paul (demolished in 1957) was considered an epoch in Catholic building in America. The design of the church established Keely as a competent architect and builder.

Keely became the in-house architect for the Roman Catholic archdioceses and was approached with requests for designs of churches and other necessary structures for religious life.

Keely later partnered with his wife's brother-in-law, James Murphy in Brooklyn, New York, and Providence, Rhode Island, under the name Keely & Murphy from the 1860s to 1867.

Keely died in 1896 after a long illness, while still directing the completion of several churches with his son-in-law, Thomas Houghton. He was buried in Holy Cross Cemetery, Brooklyn. 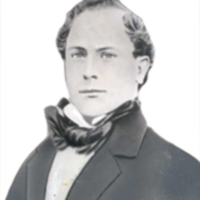