"20-24 Branford Place, the former Newark Chamber of Commerce Building, is a six bay, ten story, steel-framed, rectangular plan, classicizing, civic structure. Designed in 1922 by the nationally-known architectural firm Guilbert and Betelle, for a cost of one million dollars, the brick and limestone-clad facade is divided into three horizontal parts. The multi-storied base is dominated by ornamental ironwork and an elaborate, Tennessee marble, door surround with figurative sculpture, including the twelve signs of the zodiac. The body, with its vertical strips of paired windows, is separated from the upper stories by a full entablature. The highly ornamented attic is articulated by columns, pilasters, and carved and travertine spandrels. A richly classicizing cornice with alternating modillions and paterae crowns the building. The lobby and elevators are original and retain their ornamentation. Despite some ground floor alterations, the building is in good condition and is a good example of large scale classicizing architecture building during the 1920s in Newark. The building now houses a mosque, an Islamic education center, and offices." 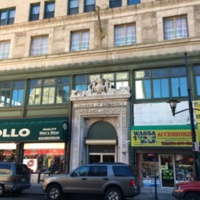 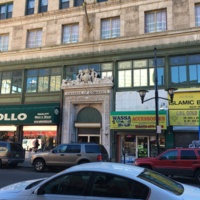 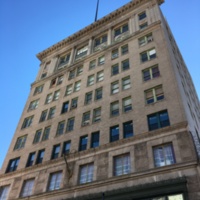